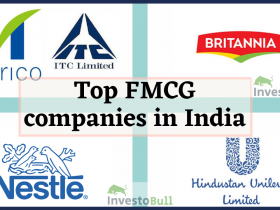 Who was Harshad Mehta and where he was born?

Harshad Mehta was born on 29th July 1954, in Gujrat, and his father’s name was Shantilal Mehta, a textile shop owner. Harshad Mehta completed graduation from Lajpatrai College Mumbai. After completion of his studies, he started working in multiple sectors like selling cement, diamonds, etc. He was very much interested in the share market and started as a salesman in NIACL. After that, he started working at Harjivandas Nemidas Securities Brokerage Company. Harshad Mehta considers his guru as Prasann Pranjivandas.

Harshad Mehta was a well-known Indian stockbroker who joined BSE in 1984. He started his own firm with his brother Ashwin Mehta, and the name of the company was GrowMore. GrowMore was an Asset Management Company.

In the year 1990-1991, the news channels and media named Harshad Mehta as “The Big Bull.” He obtained a penthouse in South Mumbai with all the amenities like a swimming pool, Golf course, etc. He purchased some expensive cars like Lexus Starlet, Toyota Corolla, Etc. Within the short span, he became one of the wealthiest people in India.

1. Harshad Mehta Scam is the biggest scam in India. The scam amount is expected to be almost 4,000 crores. He exploits the BSE, and this scam revealed many loopholes in the Indian Banking system.

2. Harshad Mehta purportedly acquired a false bank receipt with the help of bank staff. He used to go to the bank who are willing to sell their assets and request them to give some time. Now Mehta goes to another bank that is willing to buy the assets and convey them; he will provide those assets and ask them to give a cheque with his name. According to the RBI rules and regulations, any bank should not give the cheque with the broker’s name, so it is one of the scams’ major reasons.

3. The capital he got from the bank used to invest in the share market to get profits. After getting profits, he used to sell the shares and payback the principal amount to the bank.

4) In the same way, he cheated the many banks upto Rs 4000 crores. After a few days, the banks found him and realized that they had owned fake bank receipts from Mehta.

6) Then, the market continuously increased. Everyone thought he was a Big Bull to Dalal Street and started purchasing the shares he bought.

7) After everyone knows about his scam, the income tax department started a raid and seized many documents in 1992. In the same year, Mehta’s income tax returns were renounced, and he was imprisoned.

8) In 1992, after Mehta was sent to jail, RBI formed a JanakiRaman Committee to give a clear-cut view regarding this scam. After this scam, many new rules have been started by RBI.

Who revealed the Harshad Mehta Scam?

The column editor Sucheta Dalal from The Times of India revealed this scam. Then all the banks realized that Mehta gave them a fake bank receipt. After this scam the stock market crashed, and many of them lost their money.

After this situation, Vijaya Bank chairman lost his life by committing suicide because he issued a huge amount to Mehta via cheques. Many banks asked Mehta to pay back their money, but as he is already in losses, he is unable to pay the amount.

CBI arrested Harshad Mehta on 9th November 1992. Both the high court and supreme court have been charged with 600 civil cases and 70 criminal cases. SEBI banned him from the stock market. Harshad Mehta was no more on 31st December 2001 because of cardiac arrest.

Who are Harshad Mehta family members

Here are the family members

What are the Harshad Mehta Car Collections?