The moving average is a trend following indicators like the super trend and MACD. It is based on price movement action. It is easy and simple to use. Moving average indicator is suitable for both short term and long term traders. When you are working with a moving average, you can quickly know the market range.

Moving Average is the close price average of the previous candlestick by which we can find the market moment. The most common application of moving average indicator is to identify the trend direction and to determine support and resistance levels.

There are two types of moving average which are

A simple moving average is built by calculating the average price of a security over a specified number of periods. This is the simplest form of a moving average. It is used to determine trend direction. If SMA is moving up, then the trend is up, and if the SMA is stepping down, the trend is moving downwards.

A 200-bar SMA is a standard proxy for the long term trend, whereas 50-bar SMAs are typically used to gauge the intermediate direction. Shorter period SMAs can be used to determine shorter-term trends. It is possible to create moving averages from the Open, the High, and the Low data points, and most moving averages are generated using the closing value.

The formula to calculate the simple moving average is by taking a set of prices in the case of financial instruments, which are added together and then divided by the number of prices in the set.

Exponential Moving Averages can be defined in two ways, which is as a percent-based EMA or as a period-based EMA.

A percent-based EMA has a percentage as its single parameter, while a period-based EMA has a setting that represents the duration of the EMA. The exponential moving average can be calculated using the formula below 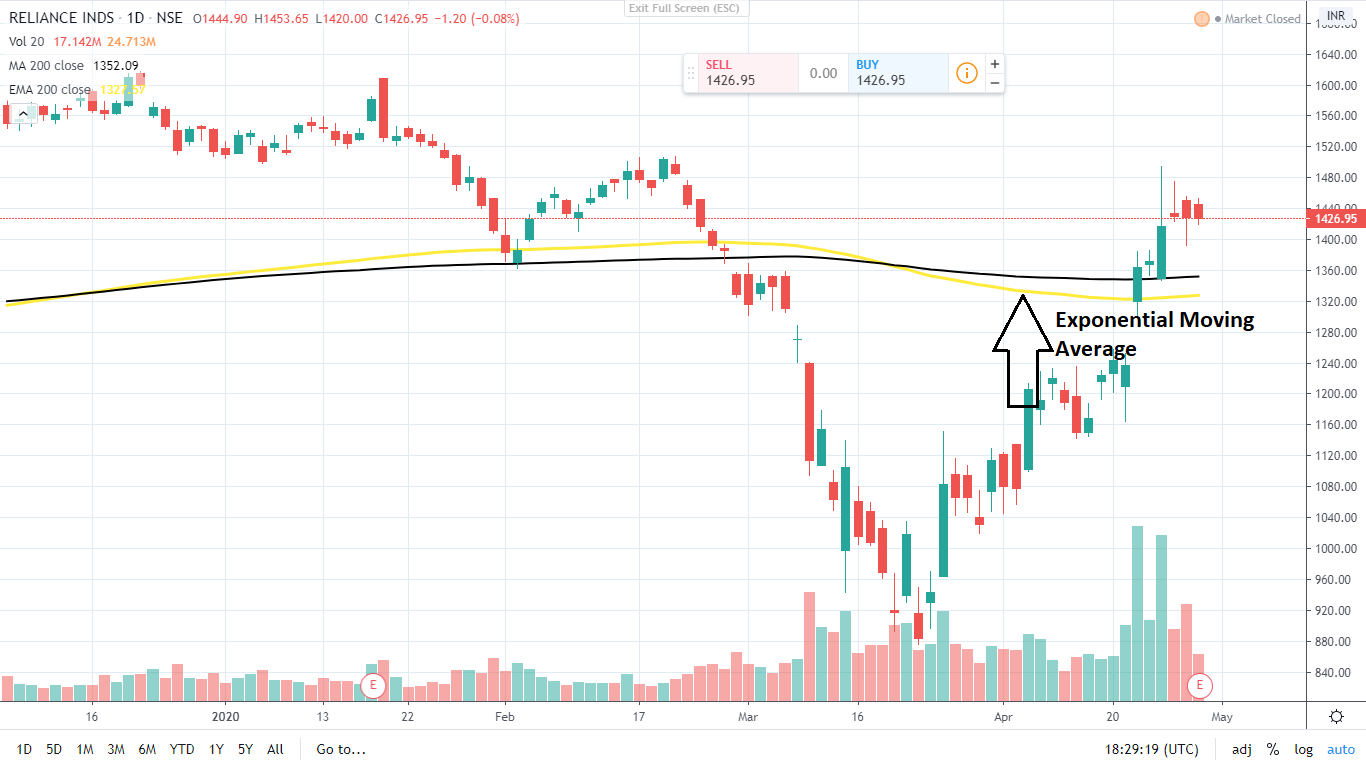 What is the use of Moving Average ?

Another question is if all stocks take support at 200 sma ? Well the answer is no!

Though most of the stocks take support at 200 day SMA , however there may be some stocks that might be taking support of 100 SMA often.  To be sure, you need to plot all the common averages on the chart and see at which moving average a particular stock is taking support.

You can find list of stocks crossing important moving averages on upside or downside and then use it for taking trades. Moving averages breakout screener helps you find stocks automatically.

Moving Averages as Support and Resistance

You can check the chart of Nifty 50 in the below image, in which the 200 DMA becomes resistance and 100 DMA is Support.

How to Use Moving Averages for Trading

Now since we know Moving averages are used to predict the trend of stock , we can use it for trading in two major ways

Another strategy is to apply two moving averages to a chart in which one is longer, and another one is shorter. When the shorter moving average crosses above the longer moving average, then it is recorded as a buy signal as it indicates that the trend is moving up. 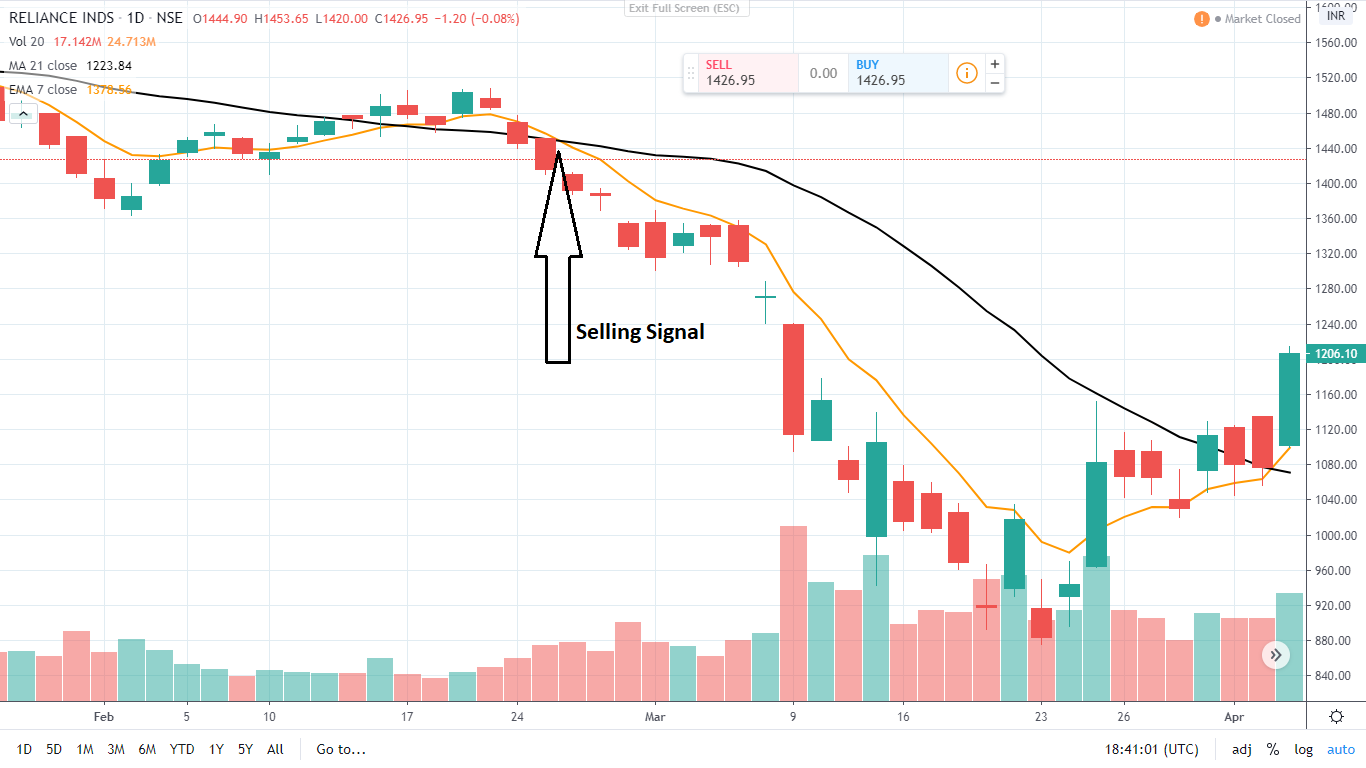 Here are the advantages of using a moving average.

The disadvantages of using Moving Average?

Here are the Disadvantages of moving average

What is Open Interest in Futures and Options